I probably forgot to mention, but grandma & grandpa sent me a block of Cadbury’s chocolate for my birthday, which arrived right on the morning of my birthday too – perfect timing. I think I ate it all that day too… it’s been too long. :)

Of course, when you send chocolate via freight, on an airplane, it goes through both decompression and recompression, as well as freezing (or close to). So, as far as I can tell it both liquifies and freezes during the 14 hour flight, which makes things quite interesting in the end.. :) 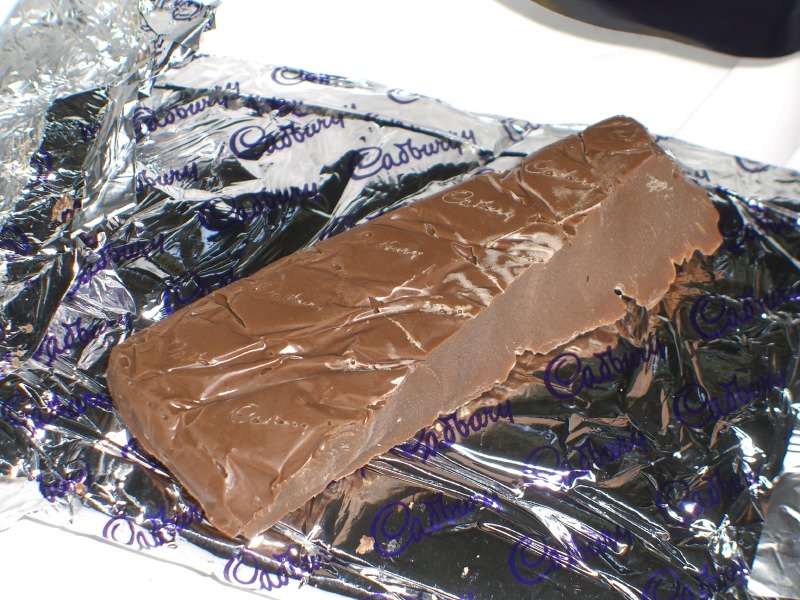 I didn’t actually get a shot, being the absentminded retard I am, of the other end, which had become slightly honeycombed almost like an Aero… but anyway, despite its new hunchback feel it still tasted exactly the same, which is to say delicious, and was much appreciated. :)

It has, alas, rekindled my sweet tooth, however, which – combined with a recent dearth of tasty snacks at work – is pushing me to go on a spree at the Aussie store again. :)