Well… let me just cut to the chase by saying that I drove home tonight.

As one might imagine, I’m freaking out slightly, now that I’ve just signed away what seems like the better part of my paycheque. And what do I get for my lifetime of servitude? 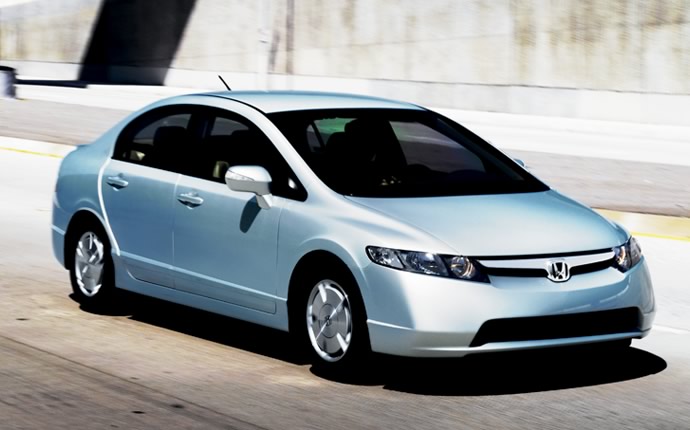 So I went down to the Keypoint credit union earlier, as they seem to offer the best loan rates I could find online, to try and get a more concrete quote. As it turns out, they don’t do quotes – you apply, and then they tell you what interest rate you got and how much you immediately owe them, and somesuch. Not wanting to go quite that all-out (hah!), I declined to apply. I then milled about for a few hours, playing Halo to try and release some stress (apparently I suck today, so that backfired), and writing irate journal entries. Finally I got up the initiative to wander over the road to the Honda dealership to go see what they offered for financing.

And there I ran into a fairly typical car dealer – why wait and think about your options when you can buy now! :) The first guy I dealt with was a little pushy, but, he was nice enough, and he was willing to wheel and deal, so I think in the end I actually got a half reasonable deal on the price of the car… or at least, I hope so… in any case, it came out a fair bit cheaper than I’d expected, such that my loan would be slightly lower. Sweet.

Unfortunately, the best interest rate he could offer me was 10.9%. Eeep. If you’ve got the credit rating for it, you can get loans at 5.25% from Keypoint. Unfortunately, as they were finally able to show me, I have no credit rating. I already knew I didn’t have enough, but they showed me the actual print out. I have nothing. It acknowledges that my social security number does exist, but there is not a single record against it. Which in a way is a good thing, because I was a little worried that Bank of America would try to screw me with the whole closing my account crap last year.

It confirmed though that I was going to get screwed no matter whom I borrowed from… so, after some haggling and trying to cut costs off a few places, I thought, you know, stuff it, I ain’t getting any younger, and I’d much rather be driving around tomorrow than riding between banks and crap (which wouldn’t be open, being a Sunday and all… bums). So I said what the hey.

It took nearly three hours, all up, to go through the paperwork… most of the time I was just waiting around inbetween signing things – I lost count, but I think I signed my full signature at least twenty times – and generally wondering what the hell I was doing. My sales dude Hamed – the second guy I spoke with and who took me through all the actual processing, whom I thought was a bit easier to deal with; more laid back; not overtly trying a hard sell – called in an insurance guy, and we went through and did that right there and then. So I now have insurance, and that came in at roughly $2k / year, I think (yeah, I know, scarily ignorant), which I’m happy with… I think if I’d been driving this car last year on my RACV insurance, it would have been similar if not even more. And it’s cheaper than any other quote I was able to get, and I’d exhausted the majority of my options already.

The loan itself is five years, which would be brutal at 10.9%, but I made very sure that interest was calculated off the principal monthly, and that I could pay it back at any rate I wanted (greater than or equal to the agreed monthly rate). So, my hope is I can knock a serious amount off it relatively quickly, and then let it long tail out where the interest isn’t so bad… I’m pretty confident I can get it all out of the way within two years, and maybe even closer to one year, with a bit of luck and general frugality.

Which of course is the problem… I’m of course wanting to travel a fair bit in the near future, and that’s expensive, no argument. At the least I want to get back to Australia before the end of this year. I was also hoping to get to Europe this year, but, I may have to take a rain-check on that. Going back to Australia is easy, as I’m at worst up for the airfare and general misc. expenses. So worst case that shouldn’t be a problem. But Europe… if I do that in addition to Australia, which was my original hope, then things would definitely be tight. I guess we’ll have to see how that goes… the financial part of my brain has been KO’d for today, but tomorrow I’ll add up all my flights of fancy and see where it puts me.

Maybe I’ll get a big bonus at work. ;) I had a dream, actually, a week or so ago where that happened. It was very weird. But I’m sure I’m not going to be seeing bonuses for a while yet; can’t let the newbies get their hopes up. :)

I also paid extra, at more or less the last minute, for the Honda Care and an alarm & immobiliser system (at least, I think there’s an immobiliser in there somewhere). I figure they’re worth it; the Honda Care provides roadside assistance (I also joined AAA anyway, so, I guess I can use both and just take whoever gets there first ;) ) and I was promised I wouldn’t have to pay a cent for any warranty issues for five years. No parts, no labour. And, apparently if you make no claims on that in the five years, you get every dollar back. Without interest, though, so you’re still technically paying a sizeable chunk of change, but, that sounds reasonable… I’m hoping I won’t have any problems with it while I have it, as I intend to sell it within a couple of years simply to try and keep ahead of the depreciation.

And the alarm just seemed like a good idea all round… car theft is fairly high, I understand, in the valley, because you’ve got plenty of poor people and way too many rich geeks with fancy cars. I didn’t go the full LoJack system, but, the alarm I do have promises to replace the car with a brand new one if it’s stolen irrecoverably within 3 years. I’ll take that.

So… what to do with my shiny new cash-sinkhole… naturally I’ll be going for a drive tomorrow. I’m think Muir woods and up north that way somewhere; I’ve heard it’s really nice. The weather will be really nice tomorrow – because it’s really nice every day here, honestly; it caught me out as to just how non-Melbourne it is during summer – so it should be a good drive.

Also, it has a line-in port right below the cigarette lighter, so I can plug my iPod in. I wouldn’t buy any car without it. :)

‘course, in two weeks it’ll be my iPhone… I didn’t opt for the way more expensive model with the navigation system, but I imagine if I had it’d have shiny Bluetooth integration with my iPhone. Or at least, it should have. But I think I’ll pick up a cheap $200 GPS system like Mike has in his car, since they’re both a) an order of magnitude cheaper, b) hackable and upgradeable and c) portable. Mike takes it with him when we’re walking through San Francisco, as he doesn’t trust my sense of direction. :)

I checked, also, when I was in it test driving around, the space in the back. There’s way more headroom than the Prius – you could easily sit four of me in the car, no worries. It’s called a “compact”, but it’s bigger than my Commodore, I’m sure. Blows ye ol’ Holden out of the water for fuel economy though. :D It purportedly gets 4.7 litres / 100km. Even with my most optimistic calculations, the Commodore was no better than 12. Officially it was only slightly less than 12, which is when it’s brand new, not after 21 years of rust, wear, tear, abuse, and replacement of half the drive train.

So I’m actually feeling reasonably good about the whole thing… I know it’s going to be expensive having a brand new shiny car, but while I did look at second hand cars – and there was a nice Subaru Outback going for $7500 I saw a little while back – I really wanted to get something fuel efficient. And you know, although it seems the reality is I have no money after car loans and insane medical bills, in theory I should be sitting quite pretty, so… I’m just going to pretend I am, and hope reality just falls in behind. ;)