Halo’s a great game. But buggy as #%@!. The Xbox version’s way worse, but even so, the Mac version doesn’t give me more than ten minutes at a time without a major bug. Such as this one here, where the level disappeared. This was in a 16 player online game. I was carrying the flag at the time. My team mates were not impressed. 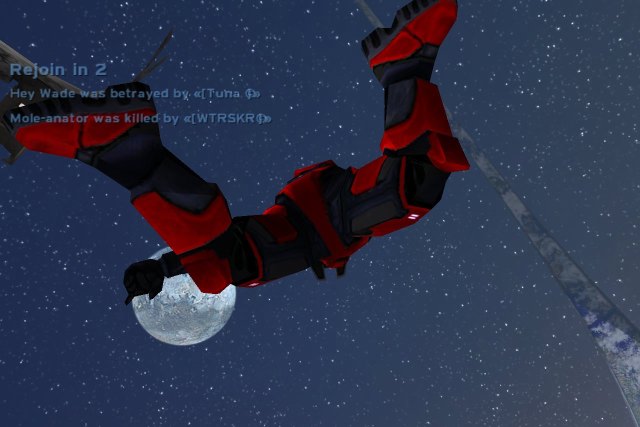 I also find it very odd that after playing for half an hour or more, someone invariable changes their name to Wade. Bizarre.