I like Aperture so far, mostly.  I’ve even managed to memorise a significant fraction of its obscure keyboard shortcuts and combos.  Enough to get around it and make it appear I have some idea what I’m doing.

Unfortunately, Aperture relies on Mac OS X’s built-in RAW support (as does every other imaging app, which is handy in some respects – everything from Preview to TextEdit can work with RAW files), and that support is really quite buggy. 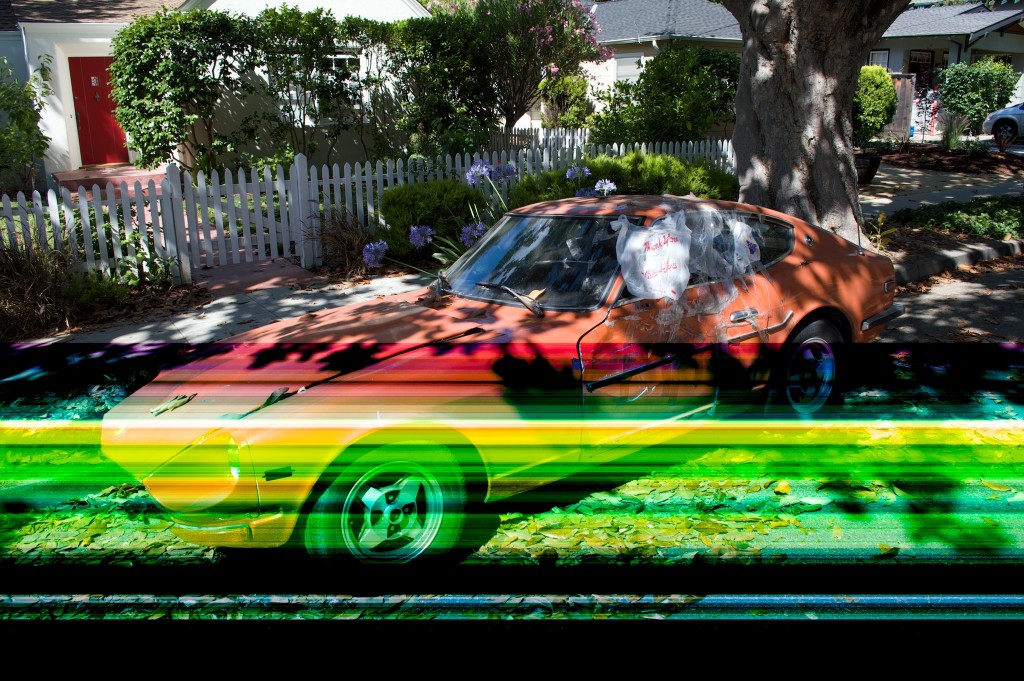 There’s nothing wrong with the file itself.  Nikon ViewNX 2 and other RAW readers can display it just fine.  Only Mac OS X has problems.

Something like 1 in 20 of my images come out this way.  It’s very frustrating.  Generally I’ve been taking multiple shots of things, so thus far I haven’t had it ruin an image without substitute, but it’s only a matter of time.

A radar has been filed, of course, though I get quite depressed when I think about the odds and time frame involved in seeing it actually get fixed.

Edit: Well shit, now that I look at it again I’ve realised that Nikon’s software shows the exact same corruption; it’s just ViewNX 2 shows the preview by default, which I knew, but I thought I had successfully told it to show the RAW instead.  Apparently not – when I went to change the exposure, then it really showed the RAW.  Damnit.  I hope the RAWs aren’t truly corrupt.

Edit: It looks like they are.  #%@!  On the upside, though, embedded in every NEF file is a couple of JPEGs, including one that’s full resolution (albeit not as sharp as the real raw data).  Thanks to exiftool, I’m able to extra the JPEGs, so the images aren’t lost entirely.

Update: It ultimately turned out that this is the result of a single toggled bit in the entire file.  It appears to be a communication problem between the SD card and my iMac (and happens with two SD cards, albeit both SanDisks), as ejecting the card, physically, and re-inserting it usually fixes the problem.  I’ve now collected thirty or so examples of this problem, both the corrupt and good versions of the RAWs.  I had aspirations of writing a tool to detect the corruption (by comparing the various embedded previews and the RAW render itself) and ideally fix it (by doing some kind of educated binary search), but… I never got around to it.  Sad panda.