Well, the logical thing would be to ask trusty old Google Maps. Now, Google Maps is reasonable in Australia – it’s not very up to date, and it’s true it does occasionally invent it’s own roads, but, it can usually get you from A to B. In the U.S., where I am – only fifteen minutes from Google’s main campus, which may have a bearing – it’s pretty scarily accurate. It actually goes down into the detail of how to navigate some of the nastier highway junctions and whatnot. Pretty sweet.

Anyway, I digress… the point being, I’d trust Google Maps pretty strongly when it comes to U.S. directions. However, as soon as you leave the U.S., such as in it’s route to London, it does become a little sketchy… 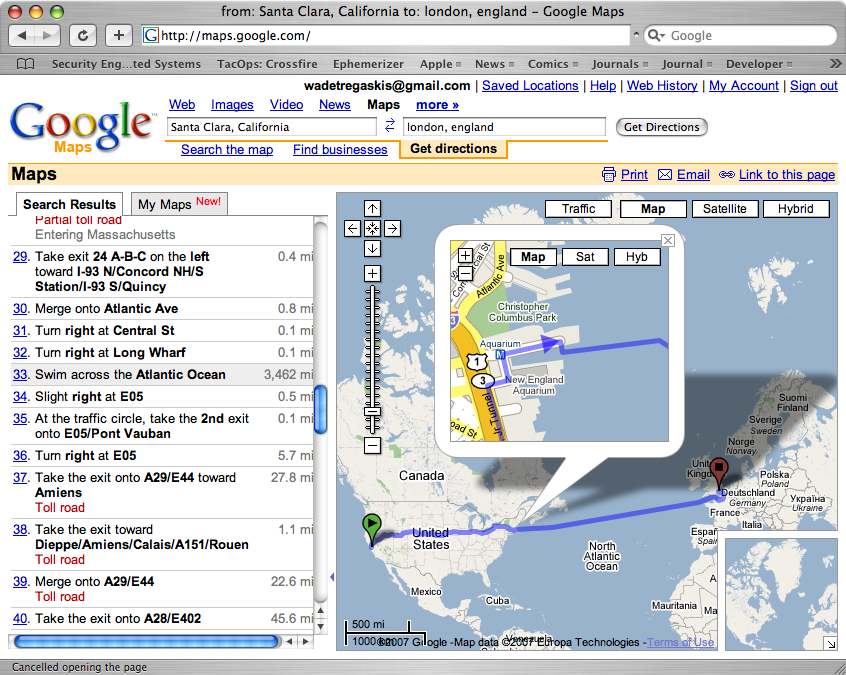